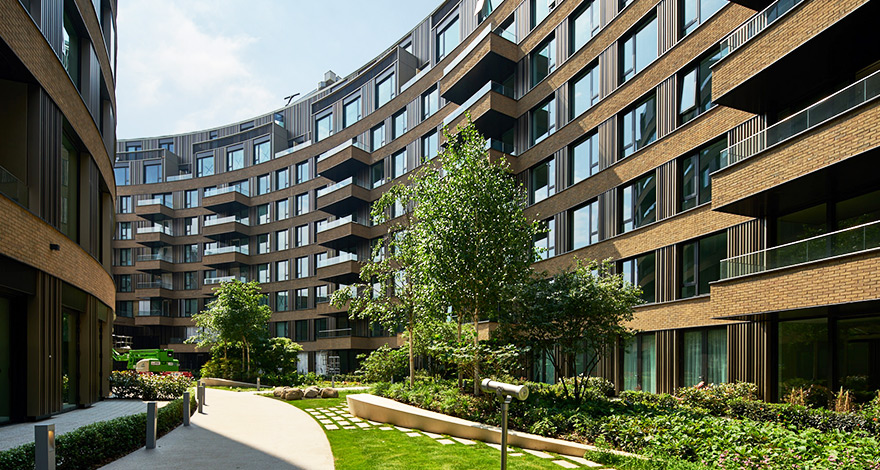 The awards recognise excellence in UK architecture across a range of categories, with judges saying, ‘the rich pockets of different spaces have created an intimate human scale in the context of very large buildings.’

Originally built in 1960, the external spaces at White City’s BBC Television Centre were never intended for public access. Lead architect AHMM, along with landscape & public realm consultant Gillespies, were commissioned to help transform the area and their efforts were lauded by the judges.

Praising the thoughtful and appropriate design, they said, ‘the team has managed to create very successful links across the site using the landscape’ and now ‘there is a completeness about it’.

Television Centre is an exciting new neighbourhood comprising prime office, residential and leisure space together with a new Soho House members club and hotel in White City. The £1 billion first phase of the project was completed last year.

The 1.45 million sq ft scheme is part of a greater regeneration project which includes the expansion of the Westfield shopping centre, a new 25-acre campus for Imperial College London and the development of White City Place.

Mitsui Fudosan’s other noted and award-winning projects include Angel Court, shortlisted for four prestigious awards including the RIBA London Awards in 2017, 8-10 Moorgate, which won the prestigious City Heritage Award in 2015, and 5 Hanover Square, winner of the London LABC National Building Excellence Award for Best Small Commercial Building in 2013.