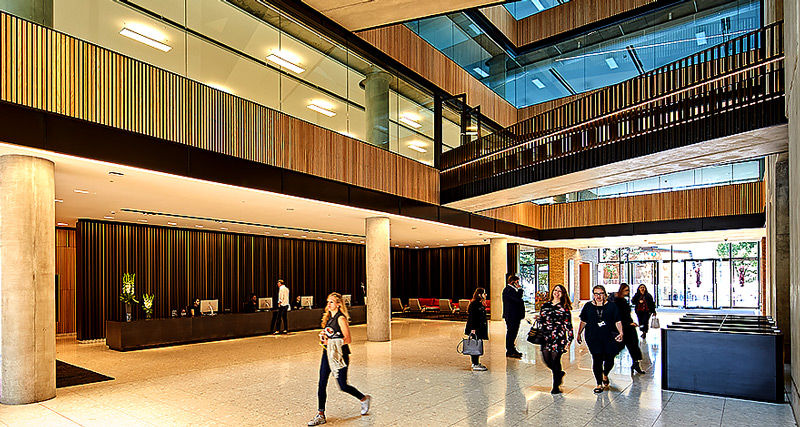 At a glittering ceremony in London, the BBC’s former home – now a vibrant live-work-play community of prime office, apartments, restaurants and cinema set in landscaped gardens – won both the Best Commercial Workplace and Best of the Best awards.

The BCO’s Awards Programme provides public recognition for top quality design and functionality and a benchmark for excellence in workplaces. It further acknowledges innovation and focuses external attention on examples of best practice.

The redevelopment of the Grade II listed building was praised, with the BCO stating, ‘The outstanding level of services and amenities on offer at 2TVC has blurred the boundary between the hospitality and office sector. Add to that, the fact that the five-star service is matched by the excellence of the workspace and the distinguished design, and it is obvious why this outstanding project has been awarded the 2019 BCO Best of the Best Award.’

Television Centre is an exciting new neighbourhood comprising prime office, residential and leisure space together with a new Soho House members club and hotel in White City. The £1 billion first phase of the project was completed last year.

The 1.45 million sq ft scheme is part of a greater regeneration project which includes the expansion of the Westfield shopping centre, a new 25-acre campus for Imperial College London and the development of White City Place.

Hiroshi Hisada, Deputy Managing Director of Mitsui Fudosan UK, said: “We are thrilled that 2 Television Centre has won these two prestigious awards. The project on the former BBC site is one of our most important and ambitious projects and the largest-ever development undertaken in London by a Japanese company.”

Mitsui Fudosan’s other noted and award-winning projects include Angel Court, shortlisted for four prestigious awards including the RIBA London Awards in 2017, 8-10 Moorgate, which won the prestigious City Heritage Award in 2015, and 5 Hanover Square, winner of the London LABC National Building Excellence Award for Best Small Commercial Building in 2013.