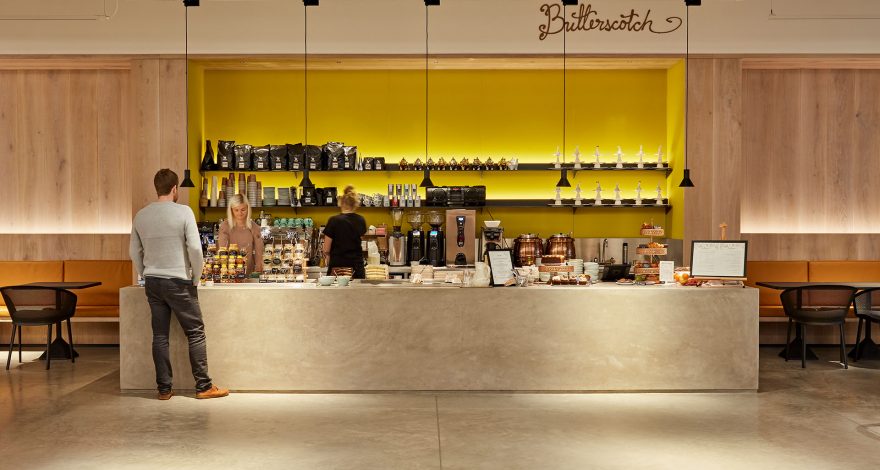 Four new food operators have each signed deals with Mitsui Fudosan and Stanhope to come to White City Place. The Athenian and Coco di Mama will occupy space in the MediaWorks building, while Pizza Street and Butterscotch will move into the WestWorks.

The Athenian, a Greek restaurant launched in 2014 by two Londoners from Athens and Cyprus, will be opening its first permanent restaurant at White City Place, having started as a small street food venture. It will offer freshly made souvlaki prepared in a healthy, authentic way.

Coco di Mama will open its 18th store at White City Place in October, bringing super-fast pasta, handcrafted coffee and much more. The Italian grab-and-go’s most recent openings were in Fitzrovia, Victoria, Bankside and St. James.

Pizza Street, London’s first New York-style pizza restaurant, is opening its second restaurant in the city, having launched in Chiswick in 2015. Customers can try a regular or x-large pie (or just a slice); the restaurant also offers BBQ grilled chicken, an array of salads, craft beers and thick shakes.

David Camp, Chief Executive of Stanhope, said: “The arrival of these four brilliant retailers demonstrates the dynamic and exciting food and beverage offer at White City Place. From great coffee to freshly made souvlaki, workers and residents will be able to enjoy the great dining options on their doorstep.”